The Pradhanmantri Sangrahalaya in Delhi was built to pay respect and to commemorate the contributions of every prime minister of India since independence. The Prime Minister Museum educates the visitors about the lives and work of former Prime Ministers in detail.

What is the importance of Pradhanmantri Sangrahalaya (Prime Minister Museum)?

As seen it is dedicated to the PMs of the country since Independence. This Prime Minister Museum will serve as inspiration for the youth of country. The museum will inform the young generation about the problems faced by various Prime Ministers and what led to the foundation of modern-day India. Also the museum will show about the legacy of each government. As a symbol of democracy and country, Pradhanmantri Sangrahalaya’s logo shows hands holding dharma chakras.

Where is the Prime Minister museum in India?

Timings from March to October are 10 AM to 6 PM and November to February is 10 AM to 5 PM. The Prime Minister Museum (Pradhanmantri Sangrahalaya) is closed on Mondays & Gazetted holidays.

The timings of the light & sound show is 6:30 PM to 7:00 PM. Tickets for the show cost Rs. 50 each. Laser lights, sound, and visuals tell the story of India’s space programme and other important achievements of the last 75 years.

For those who prefer public transportation, the nearest metro station is Lok Kalyan Marg which is about 1.8km away from the Prime misnister museum. Additionally, multiple bus routes, such as 604, 620, 630, 632, 680, 720, 783, 890, are available to reach the museum via Teen Murti route. For those who prefer to drive, parking options are available for cars and two-wheelers on the premises.

The Lok Kalyan Marg metro station on the Yellow Line of the Delhi Metro is the closest one to the Pradhanmantri Sangrahalaya. This station is situated approximately 1.4km from the museum. 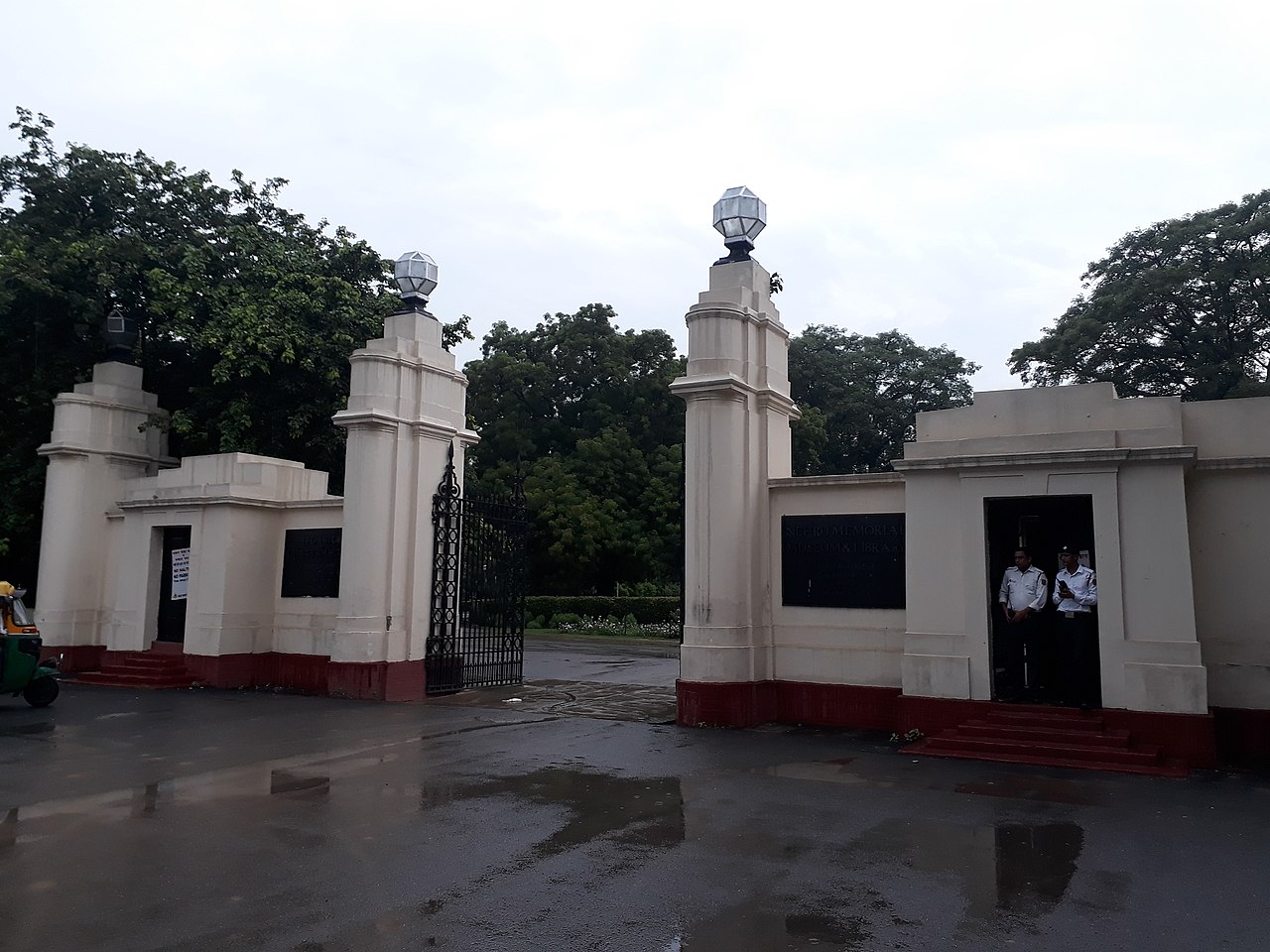 Teen Murti Bhavan was built in 1929-30, After independence, Nehru lived there until his death in 1964 as his official residence. In honor of Nehru’s death, the then Indian President, Dr. Radhakrishnan, dedicated Teen Murti Bhavan to the nation as Nehru Museum.

Nehru Memorial Museum and Library (NMML) has now been converted into Pradhan Mantri Sangrahalaya, a memorial to all Indian Prime Ministers.

Pradhanmantri Sangrahalaya is located in the Teen Murti Bhawan in New Delhi and spread across 15,600 square metres. The museum is situated in 2 different buildings: one that displays the personal life and contributions of each prime minister, and another that acts as a commemorating centre for all people from the Indian Independence Movement.

The galleries of the museum include pictures, paintings, memorabilia and other exhibits related to each prime minister.

Jawahar Lal Nehru lived in the estate so it was the apt place to make a museum. In the building 1 you can find Toshakhana Zone where treasures former PMs like Jawahar Lal Nehru, Manmohan Singh, Narendra Modi etc. are displayed. Apart from this the building is divided into numerous zones, rooms and areas which are dedicated to different historical aspects.

In building II you will find a Parichay room which will give you an introduction of the Prime Ministers of India. There are zones for each Prime Minister which specifically describes the work done by them, achievements and speeches.

So in short Prime Minister Museum is the best way to get a deep glance of the past, present and future of the country through the eyes of various Prime Ministers of India.

The site on which this Sangrahalaya is formed was the residence of former PM Jawaharlal Nehru. The controversy started when the government announced about setting the museum in this complex. This decision was opposed by Congress party. They thought this step will erode the legacy of Jawaharlal Nehru. Former Prime Minister Manmohan Singh had raised this concern through a letter to Narendra Modi asking him to not disturb the complex.

Click here to see other interesting travel in Delhi NCR.

Click here to know about more Museums in Delhi NCR