Skip to content
Rajasthan Things to Do In Pushkar Travel

Varaha Temple in Pushkar (Rajasthan) is a Hindu temple dedicated to the 3rd incarnation of Lord Vishnu. This temple is one of the oldest temples in Pushkar and it is located very close to Pushkar Lake. The Pushkar Varaha temple is also included in the Swayamvyakta kshetra list of 8 premium temples where the deity is believed to have self-manifested. The best time to visit the Varaha Temple is in the month of Kartik i.e. Oct/Nov. The Varaha temple open from 6:00 AM to 12 Noon and then from 4 PM to 8:00 PM.

Varaha means “Boar”, a wild boar(pig with tusk). Lord Varah’s idols represented with the head of a wild boar and the body of a man. It is said that when Lord Brahma performed yagya at Pushkar lake, Lord Varaha acted as a protector of Brahma & yagya from the demons.

According to Indian Mythology, Lord Vishnu incarnated in a form of boar to save the mother earth from the demon Hiranyaksha. Few people also say that after saving mother earth Lord Varaha rested at this place.

Review: The Varaha Temple has great importance in the mythology & history of India but it is not maintained the way it should have been.  It’s like a hidden gem, If you believe in mythology then it’s worth a visit.

According to the Mythology, it is said that after the creation of the Pushkar lake, Lord Brahma organizes sacrifice (Yagya) for the betterment of the universe. Lord Varaha appears (Varaha Ghat) to protect Lord Brahma’s yagya from any distraction by demons. Then Lord Brahma requested Lord Varaha to reside in Pushkar and protect the holy city.

Another theory is, after killing the demon Hiranyaksha Lord Varaha came to this place to rest.

It is mentioned in the Garuda Purana that Lord Varaha performs a sacrifice(yagya) near Pushkar lake in every Kartik month. 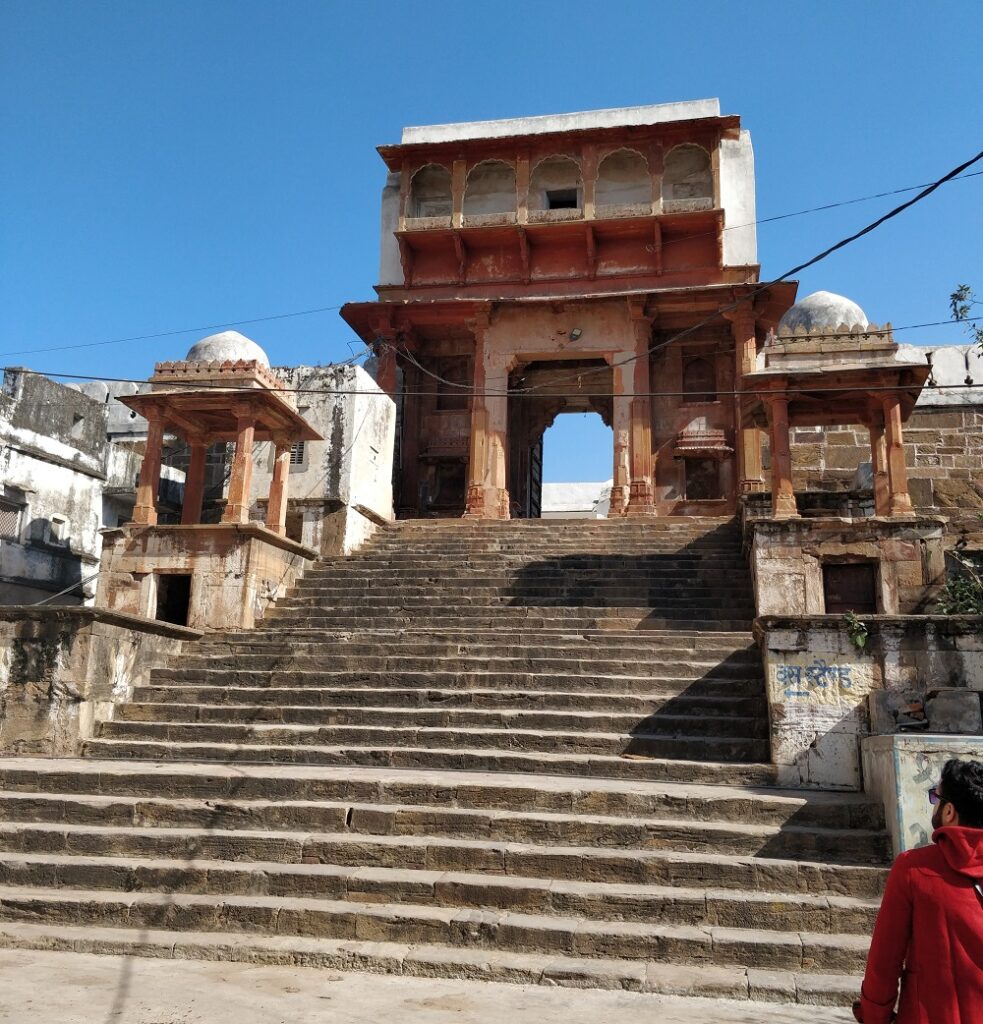 The entrance of the Varaha temple is huge, you can see that from the distance. To reach the temple you have to step up around 40 stairs. Once you enter the temple, you will find the Sanctum where the main idol of Lord Varaha is placed.
When you visit the Pushkar Varaha temple, you can feel that the temple has gone through a lot of demolition-reconstruction. The temple is built in Rajasthani haveli style. 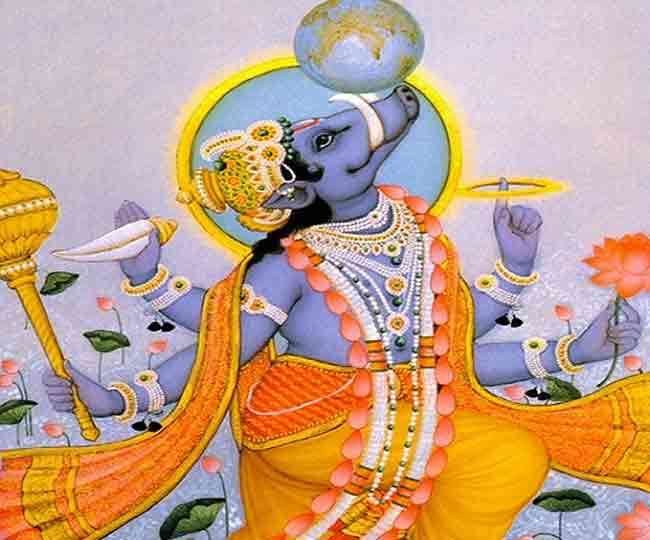 It is said that the demon Hiranyaksha wants to fight with supreme Lord Vishnu, that’s why he stole the earth/bhumidevi and hid her in the cosmic water (primordial waters/below patal). It was very difficult to find the eath/bhumidevi, so Lord Vishnu incarnated as Boar/pig (pigs have a strong power of smell & can go to the messed-up places i.e. Patal).

It is said that Lord Varaha fought with Hiranyaksha for thousands of years and slew the demon. Then lord Varaha retrieved the Earth/Bhumidevi from the cosmic water (primordial waters/below paatal lok) & restored her back in the universe.

And Because Lord Varaha saved Bhumidevi/earth, in many sculptures you might see Lord Varah with the earth/bhumidevi.

The origin of Varaha is found in the Vedas & Puranas like Rigveda, the Vishnu Purana, Brahmanda Purana, the Vayu Purana, the Markendeya Purana, the Garuda Purana and many more.

Click Here to know about Travel Places in Pushkar.

Click here to know about Famous Restaurants/Cafes in Pushkar.

Click here to know about the most famous Street Food in Pushkar.